Ceremonial wedding with the god Vishnu at girls’ rite of passage in Patan, Nepal

Fathers hold their daughters in their laps as they give them away in marriage at the girls’ Ihi ceremony, a mock marriage to the Hindu god Vishnu, in Patan in the Kathmandu Valley, Nepal. Among the Newars, who are the original inhabitants of the Kathmandu Valley, every girl goes through this ceremony sometime between the age of five and ten. The Ihi makes the girl a full member of her father's family and caste and is also said to make sure that she will never become a widow, even if later on her future human husband would die, since she will forever be married to the god Vishnu. The Ihi is therefore for the Newar women a protection against the stigmatization of widows otherwise common in Hindu culture. 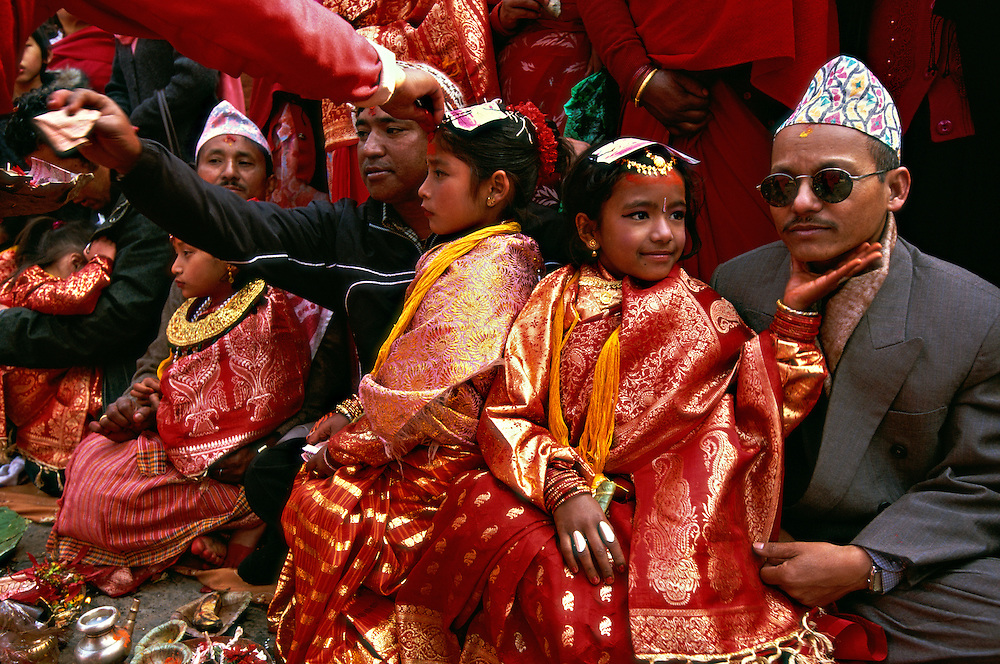